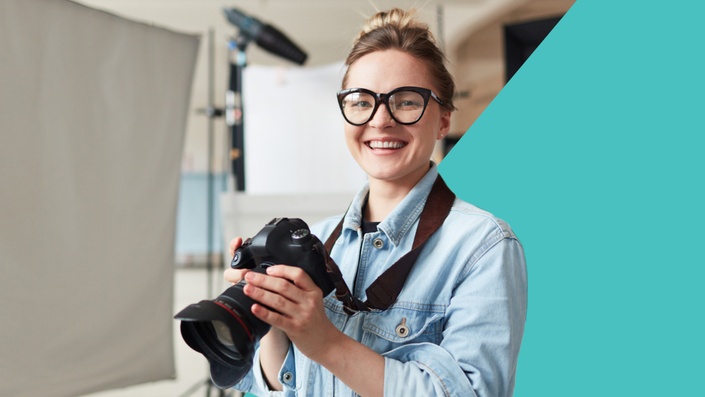 A step-by-step guide to launching your own successful photography business!

The coupon code you entered is expired or invalid, but the course is still available!

You want to make money with your photography, right?

This is the perfect course to help you launch your own photography business, and we're so glad that you're here.

We've created a complete blueprint to every aspect of running a successful business, and it's all here in this course. From the business side of things like registration, licenses and taxes to the marketing side of things like getting your first clients, creating a website and setting prices, you'll learn it all with this course.

Once you enroll, you'll get access to a downloadable workbook that includes action items, helpful tips and resources. Using the workbook together with the courses video lectures and case studies should make it easier than ever to get your business up and running.

You'll have your business up and running in no time!

What do we cover in this course?

Our goal is that by the end of this course, you'll have a photography business of your own. If there's anything we can do to make this course better for you, just let us know. As instructors we will continue to update this course with any latest skills or practices that will benefit you.

We have a 30-day 100% money back guarantee, so if you aren't happy with your purchase, we will refund your course - no questions asked!

We can't wait to see you in the course!

Enroll now, and we'll help you take better photos than ever before! 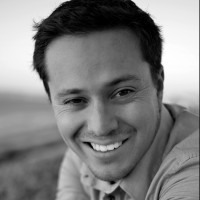 Will Carnahan grew up in Southern California. After spending every hour he could in the darkroom at Highschool playing with film, Will went on to earn a B.A. from The University of California Riverside in Film and Visual culture. At UCR he became a staff photographer for the schools newspaper, covering sporting events, concerts, and local news. In late 2006 Will and his friend Ryan started a photography company focusing on weddings, events, and their love for photography.

In 2007 Will continued on to Loyola Marymount University, earning an M.F.A. in Film and Telivision Production. While still shooting headshots, weddings, and events on the side, he focused on Cinematography. The years between 2007-2010 were an exciting time for film makers as it saw the first heavy transition from emulsion to digital. Having a base education in film exposure and a practical education in digital media allowed Will to excel as a cinematographer while in grad school. He went on to earn LMUs Panavision Cinematography award in 2008 and 2010.

Graduating in 2010, Will started freelancing as a Cinematographer, camera operator, and photographer. With heavy expirence in 16mm and 35mm film will transitioned into 4k cinema and up using REDs, Arri systems, and other cameras to take on Hollywood. The first few years of freelance saw Will shooting Music videos, short films, 2nd unit features, commercials, and web content.

Late in 2011 Will got a job shooting a web commercial for Disney Interactive. Since then he has been shooting consistently for Disney, shooting commercials for the parks and resorts as well as Disney channel, ESPN, and the Muppets.

Will Call Cinematic was established in 2013 as Will and his business partner and friend built a Production company to accommodate their freelance work along with some notable corporate clients. Through Will Call Will and Sam direct and produce video content for companies like Ghirardelli Chocolate, Diesel films and Nike, Whitney Eve Clothing, PredPol, and many others. With Sam and Will being cinematographers, Will Call gives them a hub for equipment rentals, music video production, and photography.

Today Will continues to freelance as a cinematographer and photographer, shooting and directing mostly commercial content and weddings.

When does the course start and finish?
The course starts now and never ends! It is a completely self-paced online course - you decide when you start and when you finish.
How long do I have access to the course?
How does lifetime access sound? After enrolling, you have unlimited access to this course for as long as you like - across any and all devices you own.
What if I am unhappy with the course?
We would never want you to be unhappy! If you are unsatisfied with your purchase, contact us in the first 30 days and we will give you a full refund.
off original price!

The coupon code you entered is expired or invalid, but the course is still available!